REASONING ABOUT THE COSMOS
The exam expects you to reflect on the structure of the Cosmological Argument and whether it is a sound or a valid argument - do the conclusions follow logically from the premises?

Since the Cosmological Argument uses inductive reasoning to produce an a posteriori argument, it's based on experience (another word for evidence, observations and scientific facts).

We tend to think of experience as the best authority when it comes to knowledge. If you've experienced something, it MUST be true! But a moment's thought tells us that there are problems with basing knowledge on experience.
David Hume is referring to the limits of our understanding when he says we have no experience of universes being made so we cannot talk meaningfully about the creation of the universe.
The philosopher John Hick draws a different conclusion. Hick argues that the universe is religiously ambiguous - it can be interpreted as the work of God, or not. Both views are equally reasonable.

the universe is religiously ambiguous. It evokes and sustains non-religious as well as religious responses - John Hick

The idea that the universe is "religiously ambiguous" means that both believers and non-believers may be drawing valid conclusions from the Cosmological Argument because it all boils down to how you interpret your experiences. In some people, the universe "evokes" a religious response - they are struck by the need for a cause for it all. It may "sustain" a religious response, reassuring them of God's existence even when they are faced with evil and suffering. But non-believers perceive the same events completely differently.

This sort of thinking goes back to the philosopher Immanuel Kant who proposed a difference between the Noumenon and Phenomenon:
The Cosmological Argument - along with all other a posteriori arguments - tells us about phenomenal reality. God (if he exists) is the noumenal reality.
Hick draws liberal conclusions from this: neither religious believers nor atheists can claim to have 100% certainty and (crucially) no one religion can claim with certainty to be the true religion. We need to be tolerant. Hick doesn't even call the Noumenon "God" - he prefers terms like "the Absolute" or "the Ultimate" or simply "the Real".

Another philosopher who came to similar conclusions was the Christian thinker Søren Kierkegaard who suggested we could never base faith in God on some foolproof argument or piece of evidence. Instead there needed to be:

A leap of faith - Søren Kierkegaard 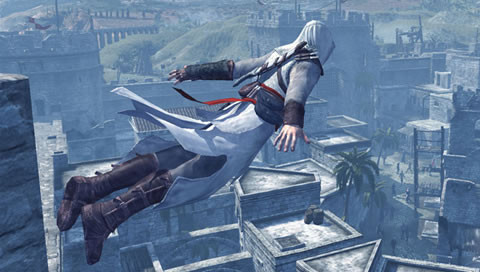 Not like that! It's a METAPHORICAL leap of faith. It's about choosing to believe even though you don't have all the evidence. By the way, Kierkegaard actually called it the "leap TO faith" but the phrase has stuck.
This idea, of a noumenal reality (which may be God or may not) which we can never really know about and a phenomenal reality made up of our perceptions and interpretations, resembles another important development in philosophy - the Anti-Realist Challenge. Anti-Realism is the idea that all of our statements and beliefs only ever reflect the "form of life" we happen to live in. They may be true "for us" but never true for everyone.

This is another way of saying, there is no objective truth.

You'll learn more about the Anti-Realist Challenge when you study Wittgenstein and language games.
But is it a good thing that we never really know what noumenal reality is like?
Powered by