It's worth thinking about how much Anselm's ontological argument depends on accepting his Platonic assumptions, about two realities and a world beyond the five senses. A couple of centuries later, Thomas Aquinas changed the direction of Christian thought by introducing the rival philosophy of Aristotle. In Aquinas' Aristotelian philosophy, there was no place for a separate metaphysical reality and no place for the ontological argument. Aquinas argued for God's existence through evidence from this world (a posteriori).
ANSELM'S FIRST ONTOLOGICAL ARGUMENT
In Proslogion 2, Anselm addresses a character from ﻿Psalm 14﻿: the 'Fool' who "says in his heart, there is no God". The 'Fool' in Anselm's argument is an atheist and Anselm starts by assuming that the 'Fool' is correct - that God exists only in the imagination but isn't truly real. He then follows the logical consequences of this belief and shows that atheism leads to contradictions. 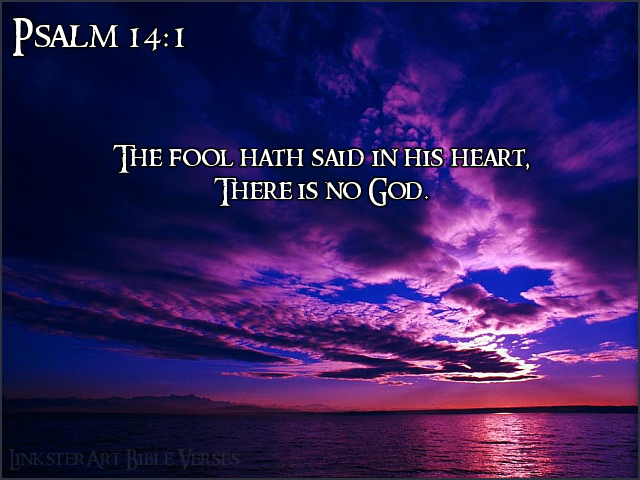 Anselm believed that every word in the Bible was true. Therefore, if the Bible said it was 'foolish' to think God didn't exist, Anselm wanted to understand why it was foolish. He described his own attitude as "faith seeking understanding" (fides quaerens intellectum).
Anselm's argument is a reductio ad absurdum - showing that an idea is wrong by following it through to its absurd conclusions. It can be set out like this:
P1    God is that than which nothing greater can be conceived (or thought or imagined)
P2    God exists only in the mind (in intellectu) but not in reality (in re)
P3    It is greater to exist both in the mind and in reality than in the mind alone
C1     If God exists only in the mind, we can imagine something greater than God
C2    This contradicts the very definition of God (P1), so God does not exist only in the mind
C3    Therefore God exists
Anselm has an unusual definition of God:

THAT THAN WHICH NOTHING GREATER CAN BE CONCEIVED - ANSELM

Anselm isn't just saying that God is "the greatest". He is saying that God is the most perfect thing that anyone can imagine - that it is impossible to imagine anything that could be more perfect than God.
Most believers accept this definition, although it is an odd one. It's not a definition of God that comes from the Bible, although there are Bible verses that seem to say something similar when they explain that God is unlike anything else on earth, at the absolute limit of human understanding:.

To whom then will you liken God? Or what likeness will you compare with Him? - Isaiah 40: 18

ANSELM'S SECOND ONTOLOGICAL ARGUMENT
In Proslogion 3, Anselm sets out the argument again, slightly differently.
P1   God is that than which nothing greater can be conceived..
P2   A being that necessarily exists in reality is greater than a being that does not necessarily exist.
P3   If God exists as an idea in the mind but does not necessarily exist in reality, then we can imagine something that is greater than God.
C1   But we cannot imagine something that is greater than God.
C2   If God exists in the mind as an idea, then God necessarily exists in reality.
P4   God exists in the mind as an idea.
C3   Therefore, God necessarily exists in reality
For centuries, readers assumed that Anselm was just repeating himself or expanding on his conclusions. However, in the 20th century, Charles Hartshorne and Norman Malcolm both re-read Anselm's arguments are realised that the second argument is making a different point from the first one: the second argument is not just about existence, it's about Necessary Existence (aseity).
Norman Malcolm set out a new version of the ontological argument, based on the idea of Necessary Existence. This was developed by Alvin Plantinga into what is called the Modal Ontological Argument.
RESPONSES TO ANSELM'S ONTOLOGICAL ARGUMENT
Anselm's argument was immediately criticised by a monk named Gaunillo of Marmoutiers who wrote a reply called Pro Insipiente ("On Behalf of the Fool"). Gaunillo demonstrates what seems to be wrong with Anselm's argument by creating his own parody argument involving "the most perfect island". Anselm wrote a jolly reply to Gaunillo, pointing out that the monk had misunderstood him: Anselm argues that God alone possesses Necessary Existence so only God can be "that than which nothing greater can be conceived".

A couple of centuries later, Thomas Aquinas considered but then rejected Anselm's argument. Aquinas was an Aristotelian, whereas Anselm was a
Platonist. Aquinas believed that knowledge must come through observation. Each of Aquinas’ 5 Ways is an a posteriori argument based upon the evidence of the senses, such as the Design and Cosmological arguments.

Aquinas also believed that humans, being weak and limited, cannot have a clear understanding of God that would enable us to see that the statement
‘God does not exist’ is a contradiction:

After Aquinas dismissed it, the ontological argument was next raised by Descartes and it is this Cartesian version that is attacked by David Hume and Immanuel Kant in the 18th century and by Bertrand Russell in the 20th century.

However, Anselm's original arguments were researched in the 20th century by Charles Hartshorne and Norman Malcolm. Anselm's second argument in particular was reinterpreted as an example of MODAL LOGIC (the logic of possibility and necessity) and recognised as the stronger of the two. It was given an unusual presentation by Alvin Plantinga and it is this version that is debated today by theists like William Lane Craig.
Has Anselm made a successful Ontological Argument?
Powered by