THE PROBLEM OF EVIL & SUFFERING

What's this topic about?

Instead of debating whether God exists, some philosophers prefer to question whether the concept of God makes any sense. The Problem of Evil/Suffering asks whether it makes sense to propose that there is a good and all-powerful being presiding over a world with evil and suffering in it - evil and suffering which God could prevent and wishes to prevent, but either does not or cannot prevent.

Before you go any further...

... there are some things you need to know.
"SURELY GOD CAN DO ANYTHING!"
Perhaps he can, but this thought doesn't solve the Problem of Evil. If God can prevent or undo evil, then the question is, why doesn't he?
"Prevent or undo evil" is an interesting phrase. God could prevent evil by intervening in the world every time someone is about to do something hurtful; he could undo evil by intervening to set things right every time someone suffers an accident or hurts themselves due to their ignorance or bad luck.
Most religious believers don't think that God can do anything. They don't think that's what "omnipotent" means. Instead they think God can do anything that's logically possible. Most solutions to the Problem of Evil consist of showing that it would be logically impossible for God to prevent or undo evil without sacrificing something very precious, like human goodness or freewill, or compromising another of God's characteristics, like his goodness and justice.

God can do all things that are possible - Thomas Aquinas

Aren't believers just redefining "omnipotence" to get God out of trouble?

That's an important criticism but believers defend themselves by pointing out that omnipotence means the power to do all things - but a logical impossibility isn't a thing. Common examples of logical impossibilities include:
David Hume, an atheist philosopher, argued that the impossible cannot be believed or even conceived. In other words, you can say "four-sided triangle" but you cannot imagine what one would look like. Therefore, in challenging God to do the logically impossible, you are not really challenging God to do anything at all.

As the Christian thinker C.S. Lewis put it:
Surely some believers think God can do anything!
There certainly are some. This is the belief in absolute omnipotence. The Bible contains passages that suggest God is absolutely omnipotent: 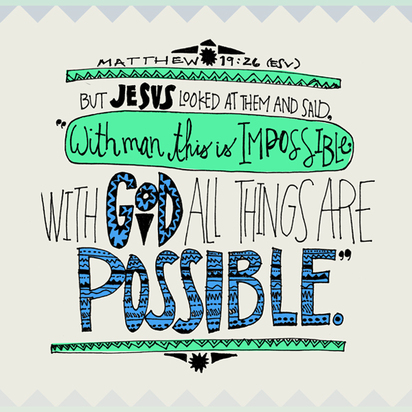 Although this could be interpreted by someone like C.S. Lewis as claiming only that God can do any possible thing, because impossibilities aren't 'things'
Some philosophers support the idea of an absolutely omnipotent God.

Geach points out that believing that logic doesn't apply to God leads to complete confusion in religious thought and makes a nonsense out of revelation. Could God reveal something to a saint or prophet and, at the same time, not reveal it? An absolutely omnipotent God could! Could he promise humans eternal life and, at the same time, not promise it? Answer a prayer and simultaneously not answer it?

Geach concludes that exempting God from logic makes it difficult to tell the difference between sense and nonsense in religion.

What not to say!

"THE PROBLEM WITH SOLUTIONS TO THE PROBLEM OF EVIL IS THAT GOD DOESN'T EXIST"
The solutions are REPLIES to the Problem of Evil, which ASSUMES that God exists but shows him to be contradictory.

Your job is to discuss whether the idea of God makes sense or else is inconsistent and contradictory. Don't get drawn into arguments about God not existing. That's a separate topic.
Powered by