What's this topic about?

In a nutshell: does God exist? You're going to be studying three classic arguments in favour of the existence of God; in another topic, you'll also study a fourth (the Argument from Religious Experience).

Before you go any further...

... there are some things you need to know.
"THERE'S NO PROOF THAT GOD EXISTS!"
You hear this all the time, mostly from non-philosophers and GCSE R.S. students and sometimes even A-Level students put it in their essays.
But it just isn't true. So don't put it in your essays.
There's a LOT of proof that God exists. There are the three arguments up above. There's religious experience. There are miracles. There's the argument based on morality and the argument based on beauty. So much proof.
Ah. You mean SCIENTIFIC proof.
Look, science doesn't do God. Science studies things that repeat regularly and can be expected to occur under lab conditions. Then it makes hypotheses. God doesn't turn up to be experimented on in science labs. God is not a scientific hypothesis. God is a philosophical hypothesis. Philosophical proofs for philosophical hypotheses, if you please.
Of course, some scientific discoveries make the arguments for God's existence look more convincing or less convincing. Science can HELP prove that God exists or doesn't exist. But science can't prove it or disprove it all by itself.
As a philosopher, you have a lot of proof for the existence of God being thrown at you. Your job is not to pretend that there isn't any proof (that would be silly) but to EVALUATE this proof. You have to decide whether or not this proof is CONVINCING.

Or maybe you'll end up somewhere in between. But how do you go about evaluating an argument? What makes an argument convincing?
VALID ARGUMENTS & SOUND ARGUMENTS
Arguments are made up of premises and conclusions.

The premises are the starting points of the argument, the things you are being asked to accept as true. For example, one of the premises of the Design Argument is that order and purpose only comes about through the intervention of an intelligent agent. If all the premises in an argument are true (or incontrovertible) then the argument is SOUND.
An invalid argument might still be true... but it's only 'accidentally' true. It's not true because it's a good argument.
You can have an argument that is valid but unsound. For example:

There's nothing wrong with this argument logically, but PREMISE 2 is flat-out false and that ruins the whole argument.

You could instead have an argument that was sound but not valid. For example:

Both premises are true but there's something wrong with the logic of this argument. Just because the Earth shares one thing in common with footballs, it doesn't follow that it is a football.

To show that an argument for the existence of God is convincing or unconvincing, you will need to think about how sound it is (do you agree with the premises?) and how valid it is (does the conclusion flow logically from the premises?). A truly convincing argument is both sound and valid.

There are also persuasive arguments.A valid and sound argument might be true, but it can be difficult to tell that it is. With a persuasive argument, we can agree that the premises are sound and that the conclusion is valid. In general, philosophers don't just want valid arguments from premises that happen to be true. They want valid arguments from premises that are recognisable as true, or already accepted as true, by everyone else.

A persuasive argument is a valid argument with plausible, or obviously true, or previously agreed-upon premises.
Two great videos from Crash Course Philosophy introducing different types of arguments
A POSTERIORI ARGUMENTS
"A posteriori" means something like "from behind" or "bottom-up".

An a posteriori argument has premises that are factual. In other words, they a statements which can be checked by experience. Sometimes statements like this are called EMPIRICAL statements - "empirical" means "based on the 5 senses".

So an a posteriori argument is sound if its premises are factually true and you can check this using the 5 senses.
This is where science gets involved. The scientific method is good at testing whether empirical statements are factually true or not.
You can think of an a posteriori argument as being a bit like a crime scene. There is physical evidence (like blood stains or fingerprints) making up the premises. Then there is a conclusion (the identity of the murderer). 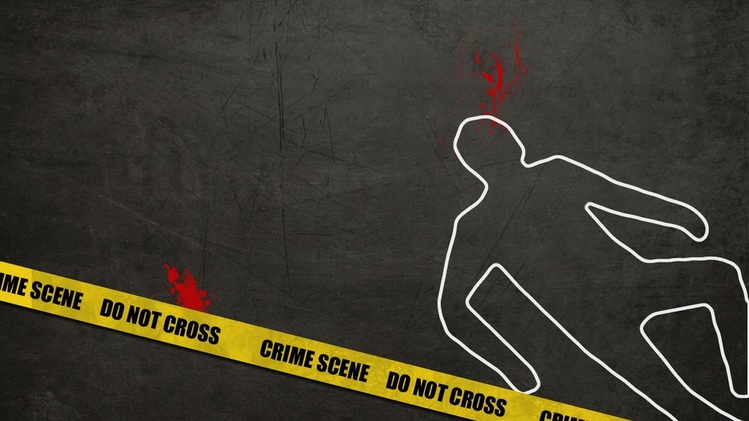 A posteriori arguments use things we can experience to find out about things that we can't experience
A posteriori arguments have problems with being unsound. This is because physical evidence has to be interpreted correctly. Even in a crime scene, fingerprints can be smudged and DNA evidence can be tampered with. When it comes to arguments for the existence of God, it's hard to know if we are interpreting the facts of the world correctly. Is there really evidence of order and purpose in the world or does it only look like there is?
Science isn't always as helpful as you'd like, because scientific theories change. A hundred years ago, most scientists believed the universe had been around forever. Today, most accept the Big Bang Theory which claims the universe began 15 billion years ago. In another hundred years time, there might be a new theory.
Because of this, a posteriori arguments can only give us INDUCTIVE proof. They can only prove that something is "probable" or "likely" but never that it is 100% true.
Is that good enough for religious believers? Is it enough to believe that God is "more likely than not" or "very probable"? Are atheists happy to admit that God is only "rather unlikely"? Or do we want more certainty than that?
A PRIORI ARGUMENTS
"A priori" means "from the front" or "top-down".

An a priori arguments has statements that are definitional. In other words, they are the agreed definitions of concepts. If everyone agrees on the definitions, then the argument is sound.

You'll notice that PREMISE 1 and PREMISE 2 are part of the definition of the word "bachelor". There's no factual evidence involved. You don't have to go around every bachelor in the room checking that they're a man and asking them if they're married. We can just agree or disagree with the definitions.
There's not much of a place for science in checking a priori arguments, but a lot of mathematics works this way. Mathematical proofs work like a priori arguments. When it's been proved to you that the internal angles of a triangle add up to 180 degrees, you don't need to going looking for any actual triangles to check that it's true.
This means that a priori arguments give us DEDUCTIVE proof. If the premises are sound and the argument is valid, then the conclusions are CERTAIN. Since no factual evidence is involved, the conclusions can't later be shown to be invalid if new evidence turns up or the old evidence turns out to be a hoax or a misinterpretation.
A priori arguments give us the sort of certainty we're looking for, but are they the right sort of arguments for the existence of God? Is God something like a geometric shape or an irrational number that you can discover just by making calculations in your head? Doesn't God also exist "out there" in the physical world of experience?
Powered by