APPEARANCE & REALITY
The exam expects you to reflect on the structure of the argument from religious experience and whether it is a sound or a valid argument - are the premises true and do conclusions follow logically from them?
Much of the material on this page reflects the ideas about Interpreting Experience as part of the Design Argument

How things seem & how they really are

Since the argument from religious experience uses inductive reasoning to produce an a posteriori argument, it's based on experience (another word for evidence, observations and scientific facts).

We tend to think of experience as the best authority when it comes to knowledge. If you've experienced something, it MUST be true! But a moment's thought tells us that there are problems with basing knowledge on experience.
These are all naturally-occurring illusions:

the universe is religiously ambiguous. It evokes and sustains non-religious as well as religious responses - John Hick

The idea that the universe is "religiously ambiguous" means that both believers and non-believers may be drawing valid conclusions from religious experiences because it all boils down to how you interpret your experiences: some people interpret these experiences as an encounter with the divine, others don't. In some people, the universe "evokes" a religious response - it is numinous and they are struck by feelings of awe and wonder. It may "sustain" a religious response, reassuring them of God's existence even when they are faced with evil and suffering. But non-believers perceive the same events completely differently.

Conclusions drawn from experience about reality

This sort of thinking goes back to the philosopher Immanuel Kant who proposed a difference between the Noumenon and Phenomenon:
The argument from religious experience - along with all other a posteriori arguments - tells us about phenomenal reality. God (if he exists) is the noumenal reality.

Religious Intuitions & Self-Authentification
Intuitions are feelings of certainty that go beyond the evidence. An intuition is a synthetic proposition (it's a belief about the way the world is), but it's not arrived at entirely through evidence. The whole idea of intuitions is controversial for philosophers.

The basic form of Christian experience is the apprehension of God to which I have given the names of ‘intuition’ and ‘faith’ - H.P. Owen

But the fruit of the Spirit is love, joy, peace, forbearance, kindness, goodness, faithfulness, gentleness and self-control - Galatians 5: 22-23 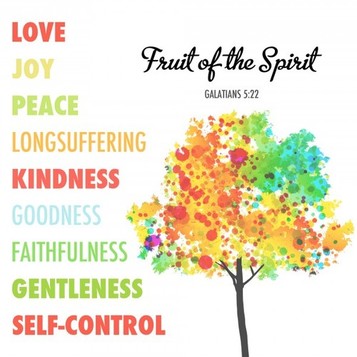 Well done if you spotted the link here to William James: James took a pragmatic view that we should treat religious experiences as real if they have a positive effect on people, producing "saintliness"
Conclusions
The idea that religious experiences are self-authenticating has been attacked by many philosophers. Even if we accept that there are intuitions that have to be taken for granted as true, it's not clear that religious intuitions are like that. Most philosophers agree with Donovan that religious intuitions need to be checked against facts, which means they don't count as proofs of God's existence by themselves.
Because the argument from religious experience is an example of inductive reasoning, it can only show that God is "probable" or "likely". It's always possible that something else is responsible for mystical or numinous experiences. Fresh evidence could turn up making it look much more likely that these experiences are objectively real (strengthening the argument) or that they are imaginary (weakening it).

​Is this a problem?
Powered by